Carlo Ancelotti knows what it’s like to win a Champions League final with Real Madrid, having done so in 2014 when the club won the 10th European Cup in its history.

Now, Real Madrid have 13 European Cup wins to their name and Ancelotti believes his veteran players are slightly more relaxed.

“I think the motivation is the same as it was for Lisbon, but there are fewer pre-match nerves this time,” he stated.

“It feels natural to be back and to reach this final has been very important for the club.

“We’ve had a very very good season and we feel calm.

“These players manage these kinds of matches very well and I think the veteran players can help the younger players.

“I’m happy to be here preparing for this game.”

The Italian also reflected on his previous Champions League finals as a coach and pointed out that the only one he lost was when he felt his team played their best football.

“I remember all these previous finals, it’s hard to believe that the one where we played the best [AC Milan vs Liverpool in 2005] was the only one I lost,” he said.

“I’m obviously not going to tell the players to play poorly to have a better chance of winning, but anything can happen.

“By playing well, you have a better chance of winning, but you can’t control everything in football.”

In the 2014 final, Real Madrid had a few injury issues. This time, they have full health and it’s Liverpool who have players that aren’t 100 percent, like Fabinho and Thiago.

“We had some injury issues in 2014 and still won, so it’s nice to not have injury concerns this time,” Ancelotti said.

“If their players who have had injury concerns end up playing, it’ll mean they’re not injured, because you can’t play this game if you’re injured.”
Carlo Ancelotti has known his starting XI for the 2022 Champions League final for several days now, but he still hadn’t told the players by the start of the Friday night training session at the Stade de France.

The Italian took part in a joint press conference with Thibaut Courtois and Marcelo and was asked what his starting line-up is.

At that point, Ancelotti turned to Marcelo and asked the Brazilian if he knew it, to which he said “yes”.

“No, I just think so,” Marcelo laughed.

Ancelotti then turned back to the media, ready to justify why he wouldn’t reveal his team selection.

Marcelo’s contract at Real Madrid expires on June 30, so the 2022 Champions League final could be his final match for the club he captains.

On the eve of the duel with Liverpool in Paris, Marcelo discussed his time at the Estadio Santiago Bernabeu, even though he wants to wait before talking about his future.

“Everyone knows my love and passion for the club that I’ve spent almost all my career at,” Marcelo said as he spoke about his Real Madrid career, which started in January of 2007.

“Fluminense set me up for my life in football and Real Madrid have given me everything too.

“I won’t say anything here, to avoid speculation, about whether I stay or not.

“Whatever happens, I think I’ve already done and given my all for Real Madrid. We’ll see after the final.”

The left-back went on to discuss the actual match and the fact that there will be many Brazilians in this showpiece event.

“We know how important this competition is and we’re having a great season,” Marcelo said.

“We deserve to be in the final and we’re excited for it. It’s normal to have some nerves, but you already feel excited once the day of the final comes.

“It’s a matter of pride whenever we have Brazilians in the final. I tell the Brazilians who’ll watch the game to enjoy this final and the football.”

He was also asked about Carlo Ancelotti, who was sitting next to the player in the joint press conference :

“As well as understanding football so well, he can also manage a dressing room really well,” Marcelo said of his boss.

“We’ve had no problems in the dressing room over the course of this season. Even though every player wants to play, this is managed well by the coaching staff.” 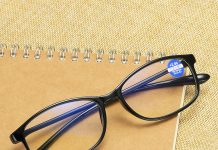 How to purchase a CCTV System

naomimcollins - January 27, 2023 0
Do you desire to select a cctv procedure for your bragging liberties, or would you like it to keep you free from harm? CCTV...

Matt Easterlin - January 27, 2023 0
Stratview Research has announced a new report on the Automotive Passive Safety System Market. According to the report, the market is projected to grow...

Fibroids – Know everything about it

addisonparker07 - January 27, 2023 0
What are fibroids? Uterine fibroids are noncancerous developments of the uterus that frequently show up during childbearing years. Likewise called leiomyomas or myomas, they aren’t...

Advantages Of Having An Executive Coach Around