Not only is Deception Island littered with lore and history, it’s also one of the only places on the planet where ships can sail directly into the centre of a submerged caldera.

The first deception happened as I sailed down the blustery Bransfield Strait and saw an icy outcrop rising out of the steely-blue waters. Deception Island initially had fooled me into thinking it was just like all the other South Shetland Islands off the northern coast of the Antarctic Peninsula.

Then, like some foggy austral mirage, a small 500m-wide slit appeared in the cliffs of its south-eastern corner, and my ship, the Magellan Explorer, slipped through. The vessel squeezed into a rocky gap known as Neptune’s Bellows and emerged in the peaceful waters of an interior horseshoe-shaped harbour.

That harbour, known as Port Foster, proved to be the next deception – for it wasn’t actually a harbour at all. At least, not really. Deception Island is an alias for an active volcano, one of just two in Antarctica, and Port Foster is its flooded caldera, formed by a violent eruption some 10,000 years ago. True to its name, which was earned for these very reasons, nothing on Deception Island is quite what it seems.

I took a bumpy Zodiac ride through the caldera out to Whalers Bay, a sheltered cove with a black-sand beach that released magma-heated steam into the frigid air (when I dug a small hole in the sand, I found water as warm as afternoon tea). That scalding beach had a look of abandonment, with rusted ruins and scattered debris, as if something grave had happened there, as if it had stories to tell. In a continent largely bereft of manmade artefacts, the beach was, quite plainly, littered with them.

Deception Island soon revealed itself to be something of a time capsule of Antarctica’s two centuries of human history, holding tales of explorers and whalers, scientists and dreamers. Like a polar Pompeii, it was virtually abandoned overnight with buildings now frozen in a bygone era. Other relics attest to its days as a processing centre for Antarctic wildlife. But in one of the greatest deceptions of all, this island once known for the pillaging of animals was now, in 2022, absolutely teeming with them.

Of course, that’s exactly how it was when humans first sailed this way. Nigel Milius, a polar historian with expedition cruise company Antarctica21, told me as we toured Whalers Bay together that sealers were some of the first to chart the South Shetland Islands following their discovery in 1819 by the English captain William Smith. The sealers were later eclipsed by whalers, who arrived in floating factory ships.

In 1912, Norwegians built Antarctica’s only land-based commercial whaling station on Deception Island, which operated here until 1931 when some species, including the blue whale, were hunted almost to extinction. There could have been up to 500 people living on Deception Island at the height of summer operations, Milius said, though only a skeleton crew would brave the long, lightless winters.

As we walked past the rusty remains of hulking old digesters used for whale blubber, Milius shared an account of a particularly lively New Year’s celebration in 1928 that seemed to typify life in Antarctica at the time. Two men – lonely, laddish and hopped up on alcohol – climbed atop a dead sperm whale that had been swelling with gas due to the heat of the beach.

“One of the whalers thrust his long knife into this veritable whale-balloon, which promptly exploded, hurling both men into the harbour, where they had to be rescued by some of the few sober observers,” Milius said, reading a piece of paper with a quote from the visiting Australian military pilot Hubert Wilkins. “Meanwhile, two other whalers had decided to ignite an explosives barge that was moored to the beach [which] contained 65 tonnes of black powder and other combustibles.”

Of course, the biggest explosions on Deception Island have been all natural. The first historical records of volcanic eruptions here were between 1839 and 1842, though it was the eruption in 1967 that proved the most destructive. That blast buried Chile’s Aguirre Cerda research base in ash and rock just north of Whalers Bay at Pendulum Cove; Milius said it’s rumoured to have the best wine cellar in Antarctica (though the well-aged bottles are now buried in mud and ash). The 1967 eruption also damaged a British base (Station B) that the Royal Navy established in 1944 on the site of the abandoned whaling station.

The Chileans escaped this dramatic spectacle unharmed, but never returned. The Brits did, only to face a second eruption two years later. In a panic, they climbed the rocky outer edge of the caldera, attempting to flee to the other side. “By the time they got up onto the ridge, there was quite the fireworks display,” Milius said. “So, they went back down to the base only to find out that some of it had actually moved a bit down the beach toward the water’s edge, which must have been a little startling to say the least.”

The shock of that experience saw the Brits follow Chile’s lead and abandon their post here in 1969, which remains in situ to this day, sprawled across a 650m stretch of Whalers Bay. Mud flows from the 1969 eruption destroyed many buildings and engulfed the whalers’ graveyard, which held 35 tombs. Yet, other buildings remain. The old accommodation block, Biscoe House, sits back from the beach with a slump in its middle, pockets of snow now gathering next to old desks and rusted ovens. Nearby are rotting whaleboats, timber barrels and a scattering of sun-bleached whalebones.

There’s also an old aircraft hangar on the far end of the beach, which recalls the island’s aeronautical history. In 1928, the Australian pilot Wilkins took off in a Lockheed Vega 1 monoplane from a beach airstrip here on the first powered flight in Antarctica, which was funded by American publishing magnate William Randolph Hearst.

Of course, all of these structures may disappear one day when the volcano erupts again (both Spain and Argentina operate summer-only stations to monitor seismic activity). Yet, the question remains: should they even be here?

“An interesting debate to me,” Milius shared, “is what’s history, what’s rubbish and who decides?” The Madrid Protocol of 1991 implored all nations in the Antarctic Treaty (which regulates international relations here) to tidy up their debris left over two centuries. Clean-up operations that year did remove fuel, batteries and other hazardous waste, but there seems to be a collective understanding among the nations that have planted flags on Deception Island that the rest is not rubbish but rather a museum-worthy set piece, a reminder of the Antarctic story.

That afternoon, the Magellan Explorer squeezed back through Neptune’s Bellows and skirted east to Baily Head, a small promontory on the outer edge of Deception Island where the swells are normally so large that a boat landing is impossible. It’s here, more than anywhere else, that you can see the future of life on Deception Island, as well as the lasting legacy of the Antarctic Treaty, which protects the seventh continent as a place for peace and science.

South Shetlands is the heart of the chinstrap population throughout the globe
Baily Head is home to anywhere from 50,000 to 100,000 breeding pairs of chinstrap penguins, explained Milius’ wife, Antarctic naturalist Wendy Hare, as birds with thin black neck bands waddled down “highways” linking a vast black-sand beach with rocky interior nesting sites.

“South Shetlands is the heart of the chinstrap population throughout the globe because this is a place that’s very rich in krill at the time of the year when the chinstraps need to breed, which is the very brief Antarctic summer,” Hare explained. “In Deception, they can use whole hillsides because it’s relatively snow-free.”

Baily Head is now the largest penguin colony on the western side of the Antarctic Peninsula. It’s a place where birds in dinner jackets belly-surf out of sub-zero waters and waddle up perilous slopes tinted green with algae. “It’s just an awesome sight with so many birds as far as the eye can see,” Hare enthused. “There are chinstrap penguins to the heavens, to where the landscape disappears into the sky.”

This massive concentration lures other birds, too, including snowy sheathbills and brown skuas who prowl the penguin colony in search of unattended eggs. The cliff edges nearby also hide Cape and storm petrels, while the beach holds several types of pinnipeds, including doe-eyed Weddell seals and big-nosed elephant seals.

It’s a vision of Antarctica far removed from the one found back at Whalers Bay, the site of so much pillaging. And yet, it feels rather fitting. It helps complete a whirlwind tour through the annals of Earth’s final frontier – a story that this strange speck of fire and ice tells so well. 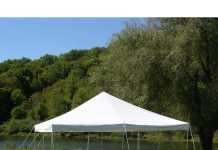 Go Camping in Style with an Aluminum Tent Richmond 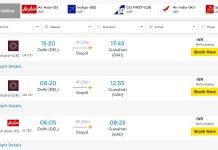 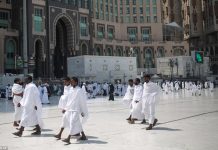 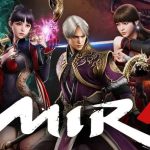 ferozali - January 24, 2023 0
Online gaming is one of the fastest growing trends today. Taking care of children is both good and bad for them. Therefore, it is... 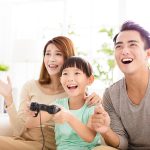 ferozali - January 24, 2023 0
The variety of card games you can play is endless. People think the two games are similar because they use the same 52-card deck,... andy6 - January 23, 2023 0
The benefit of the Weinor Glass Room is that it provides a cleaner and healthier home. The room has no visible light, so bacteria,...

10 Ways to Improve Your Quality of Life