Carlo Ancelotti clinched a historic La Liga title with Real Madrid on Saturday and the Italian still has the chance to win an unprecedented fourth Champions League as a manager this season.

Real Madrid will welcome Manchester City to the Bernabeu on Wednesday trailing 4-3 on aggregate after an exhilarating first leg but with the belief they can overturn that deficit.

Ancelotti has already become the first coach to win Europe’s top five leagues, while if Real go all the way in the Champions League he will pull clear of Bob Paisley and Zinedine Zidane as the manager to have won Europe’s elite competition the most times.

But questions over the 62-year-old’s future have been raised this season, despite having two years left on his contract, and the Italian has suggested he may retire when his second spell at Real Madrid comes to an end.

“I would like to be with my grandchildren, be on vacation with my wife. There are so many things to do and that I have had to put aside – go to many places that I have never been.

However, Ancelotti also toyed with the idea of one day managing a national team, perhaps Canada: “Certainly not for this World Cup. World Cup 2026, why not? I’d love to, sure.”

After his time as a player came to an end, Ancelotti began his coaching career at Reggiana in 1995 and has since managed Parma, Juventus, AC Milan, Chelsea, PSG, Bayern Munich, Napoli and Everton, as well as Real Madrid twice.

Former Real midfielder Guti is confident the decision has already been taken for Ancelotti to remain at the Bernabeu next term, regardless of whether they beat City.

“I think the decision is made, Ancelotti will stay,” Guti told BBC Sport. “It would be great for Real Madrid to to play the final but I think Carlo Ancelotti has really completed an excellent season.”

Pep Guardiola, who will come up against the veteran boss again on Wednesday, says he is an admirer of Ancelotti and congratulated him for winning the Spanish title when they met last week.

“He has been all around the world and always did an incredible job and his football always is really good,” said Guardiola. “He knows always what he has to do and apart from that is an exceptional person. I was lucky to meet him years ago and he is a calm person who controls his emotions.”

Ancelotti won the Champions League during his first spell at Real Madrid, as well as twice with AC Milan, and his side have already shown their nous at the Bernabeu in the competition this season. with a 3-1 victory against Paris St-Germain in the last 16.

“If it was my decision, I would have already made the decision,” said ex-Real player Fernando Hierro, who was Ancelotti’s assistant for the 2014-15 season. “We all know how difficult it is to win the Champions League.

“Real Madrid knocked out PSG and Chelsea and now they are playing the return leg with Manchester City – if Real Madrid end up winning the Champions League they would have just won against four excellent teams on their way to the title. So I think that Ancelotti really should stay.

“We had Miguel Munoz, Vicente del Bosque, Zinedine Zidane, Ancelotti again – this is the type of coach with which Real Madrid has really thrived.

“Historically, it is not a club that is easy to manage but there is strong demand from both coaches and the team.”

Hierro has also been particularly impressed by Karim Benzema this season – a player he worked with during Ancelotti’s first spell in Madrid – and says the 34-year-old France forward has achieved “superstar” status at the club, scoring 14 goals so far in this Champions League campaign.

“The truth is when Cristiano Ronaldo left the club I did not really know who was going to score and Benzema’s performances came as a surprise.

“When he was playing with Gareth Bale and Cristiano, he was not as ambitious but now he is an extraordinary player, he is Ballon d’Or quality, he has really taken a step forward and his performance is absolutely phenomenal. Even though he has always been a great player.” 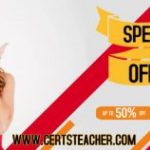 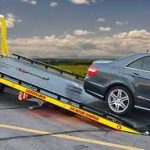 5 Tips About Towing That You Need To Know

mazamshehzad92 - August 13, 2022 0
Just because you have the capability to tow doesn’t mean you should. Towing anything behind your vehicle adds hazards that you should be aware...

Recommended places to Watch Movies in Streaming on Holidays

siskagusgust - August 13, 2022 0
Most popular streaming One 𝖯iece Film: Red in the world with a great collection of old titles. Smartstream21 – a great overall free movie...