Like cats, these female idols have a cold and sharp aura but are also irresistible at times.

As a Kpop fan, you are no stranger to phrases like “cat-faced idol”, “fox-faced idol”, “dog-faced idol”, etc. The reason is because some idols have facial features. evoking some specific animals, thereby forming this familiar classification in the Kpop fan community.

Accordingly, to be classified in the “cat face” system, idols will have the following facial features: outstanding and sharp five senses; has round eyes, but the head and tail are pointed, the eye shape is slightly slanted towards the tail; the nose is high and thin, the tip is slightly pointed; slim jawline. Because of these characteristics, when we look at cat-faced idols, we can easily see that they exude a luxurious, cold, sharp, arrogant and somewhat seductive, fierce aura.

However, when these people smile or coo, it will be extremely cute. Also because of these somewhat contrasting features, cat-faced idols are easy to attract fans. People often feel attracted at first by their haughty aura, then feel “melted” because of the cuteness of their smile. Let’s take a look at the most typical cat-faced female stars through 3 generations of Kpop idols.

2nd generation cat-faced female idol
Ahn Sohee (former member of Wonder Girls)
Ahn Sohee is one of the most representative female idols when it comes to Kpop’s cat face system. Sharp monolid eyes and chubby cheeks are the feverish features of her debut with Wonder Girls, making Sohee look both arrogant and soft, young and lovely.

Jessica Jung (former SNSD member)
The “Ice Princess” once of SNSD is also an idol with cat-type characteristics. Especially, the most obvious are her eyes and chic, cold aura.

Park Jiyeon (T-Ara)
Jiyeon has big round cat eyes, the older she gets, the more luxurious and haughty she looks. However, when smiling or when wearing light eye makeup, Jiyeon looks very cute.

Krystal Jung (f(x))
As Jessica’s biological sister, her sister Krystal is similar to her sister in cat eyes and a cold, luxurious and somewhat unapproachable aura. Maybe that’s why when she first debuted, she was often misunderstood by the audience as “cheeky”.

UEE – Nana (former After School member)
These two members of After School are famous for their sharp looks thanks to their striking cat eyes. Besides, they also possess attractive body and charisma.

3rd generation cat-faced female idol
Hello Venus Kwon Nara
Itaewon Class ‘s Oh Soo Ah is also a typical female idol with cat eyes. Like many other cat-type idols, she brings a sharp, seductive feeling and suits the image of a scheming female character in the movie. But in fact, Kwon Nara has a very sociable, gentle personality and likes to take care of others.

Red Velvet Kang Seulgi
Although Seulgi is more popularly known as a bear, her facial features actually match the descriptions of a cat-type face, especially her eyes. Therefore, those who know Seulgi for the first time will find her cold and fierce, especially when she is not smiling. But once Seulgi smiles, it’s “a lovely sky”.

In addition, Seulgi has a friendly, warm and kind personality. That’s also the reason why fans gave her the nickname “Seulgi bear”.

GFriend Eunha – SinB – Umji
GFriend has 3 members with cat-type visuals, but each one gives a different impression. Eunha has sharp eyes but has a chubby face with dumpling cheeks, so she looks cutely haughty.

SinB has a slimmer face, highlighting the cold, aloof and luxurious features of the cat’s appearance. Many people also commented that she resembles Jessica – who is famous for her “ice princess” image.

The youngest Umji doesn’t look too cold or arrogant, but exudes a luxurious aura in a very natural way.

Gugudan Kang Mina
Since her first appearance on Produce 101 , Kang Mina has impressed with her bright smile and youthful, lovely appearance, different from the descriptions of cat-type people. But actually, when Mina doesn’t smile, you will see in her that she still has the haughty, sharp features of a cat girl.

The Importance of a Ceiling Fan Customer Service Phone Number

Your Hints and Tips for Finding the Perfect Online Casino site 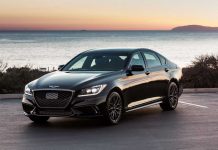 The Cost of a Black Car Service

Commercial Beverage Dispenser Equipment Market to be worth US$ 8.3 Bn by 2033

addisonparker07 - February 2, 2023 0
With so many businesses moving to the UAE to take advantage of its low cost of living and all the new opportunities it presents,...

The 7 Most Popular Food Delivery Services In 2022