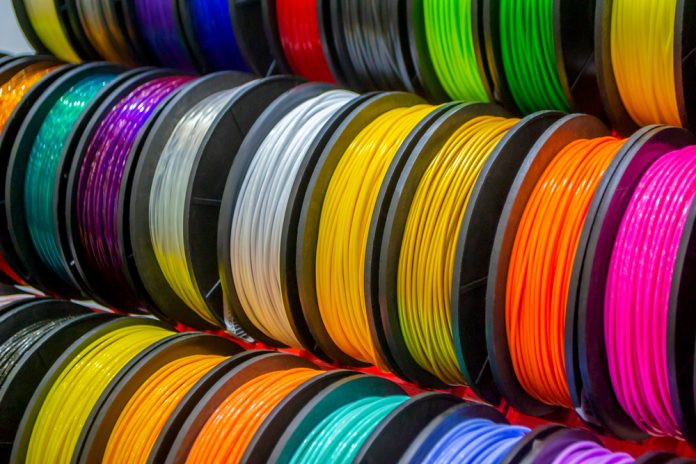 Have you been looking for the right filament for 3D printing? Confused about which one to go for – ASA vs ABS? If so, you’ve come to the right place! Choosing the right printing material entirely depends on the kind of application you are planning for. Still, there are many criteria you should look into when deciding on one filament over the other. Both being one of the strongest 3D printer filaments – they are known for their high impact and durability. In this article, we will compare the two most popular materials-  ASA and ABS 3D printing materials to help you decide which is better for your needs.

What is ASA material?

ASA materials or Acrylonitrile styrene acrylate is an amorphous thermoplastic that you can 3D print. During the copolymerization of acrylonitrile and styrene, ASA is composed by instigating a powdered form of acrylic ester elastomer. It is a new and improved version of ABS.

As per a few test specimens of molded ASA material, its distinctive properties include:

ASA is usually used as an alternative to ABS material as it doesn’t yellow easily and produces products that have a high impact and are durable. Major ASA is used in 3D printing production but is also perfectly suitable for various other applications too. One such example is ASA filament 1.75, it being extremely resistant to chemical exposure and heat, it can be used for anything whether birdhouses to custom garden gnomes. Products that can be printed with ASA are marine and RV applications, construction applications, automotive exterior parts, electronic display sheets, outdoor applications, lawn and garden equipment, etc. Due to ASA’s great mechanical performance and resistance, it can be used for 3D printing tools such as inspection gauges, assembly fixtures, End-Of-Arm Tooling (EOAT), etc. As ASA has high weather and UV resistance as well as strength, it is used to produce functional prototypes, such as electrical housing, hand and power tools, sporting goods, outdoor appliances, etc.

What is ABS material?

Founded in 1940, ABS has been in use for 10 years. ABS or Acrylonitrile butadiene styrene is an amorphous thermoplastic that is well known for its toughness and resistance. When styrene (40% to 60%) and acrylonitrile (15% to 35%) are polymerized in presence of polybutadiene (5% to 30%), a terpolymer (ABS) forms. The presence of nitrile makes the chemical chain attract each other and bind together, the styrene offers hardness, rigidity, and shine to the surface whereas the rubbery substance polybutadiene provides tensile strength and ductility at low temperatures. Generally, it is considered a lower-grade thermoplastic. When heated at a particular temperature, it melts, cools, and then can be heated again without significant degradation. Within the temperature range of −20 to 80 °C (−4 to 176 °F), ABS has added advantages. Due to its amorphous nature, it does not have a true melting point that liquefies over a higher range of temperatures. Due to its high resistance and toughness, it is used in various commercial and industrial applications. Owing to its wide accessibility and ease of use to all 3D printing users, it unfolds as a popular filament for 3D printing.

As per a few test specimens of molded ABS material, its distinctive properties include:

Along with applications like tooling and production parts, ABS is useful for general-purpose 3D printing that includes prototypes and fixtures. For its good mechanical performance, it is best suited for 3D printed tools such as assembly aides and fixtures, patterns for sand casting, check gauges, and molds for thermoforming. ABS is used in some production 3D printing programs such as electrical housings and covers, food processing parts, automotive instrument panels, plumbing components, etc. When used for 3D printed prototypes, it exhibits traits similar to plastic parts such as rotational molding, extrusion, injection molding, etc.

Although, ASA has similar chemical makeup to that of ABS and various features in common but has important differences too. These differences impact the print quality you get from the two 3D printing materials. Keep reading to know which is better ASA 3D printer filament or ABS 3D printer filament as well as the conclusion of ASA vs ABS. Beginning with the similarities between the two: Both ASA and ABS can be used for making functional prototypes and production parts via FDM and SLA 3D printers.

As ASA and ABS both are thermoplastics, they share a few basic similarities. Thermoplastics melt into a liquid form and harden when cooled. So when it comes to FFF 3D printing, this characteristic plays a vital role. When solid plastic filaments pass through the hotend (heated printed nozzle), the melted material extrudes onto a build platform. When the layers of the material are released, they harden into an object as and when the plastic cools.

ASA and ABS both share some common mechanical properties, those are toughness and high impact resistance. Hence, both work well for functional prototypes, production-grade parts as well as jigs and fixtures.

The temperature at which the filament changes from a hard solid to an amorphous (rubber-like solid) is known as glass transition temperature. Both ASA and ABS 3D printing parts can be post-processed and smoothed using sanding and acetone removing all layer lines. Hence, for some applications, ASA and ABS can be used interchangeably.

When the 3D printed item cools down it leads to contraction causing stress on the lateral surfaces of the object. Swiftly the 3D printed item cools, and higher is the stress over its lateral surfaces. Corners face the maximum stress leading to deformation. This curling issue is known as warping. Warping and shrinking usually occur when a 3D printed item doesn’t cool in an even manner. Due to this the material contracts and solidifies, leading to poor adhesion. Proper first layer adhesion, use of the heated bed or special adhesives, and temperature control for both printing and cooling can help overcome warping and shrinking a bit. Here on contrary, few ASA filaments are good at layer adhesion and have less shrinkage compared to ABS counterparts.

Both ASA and ABS should be used in a well-ventilated space or with a proper filtration system as they release toxic fumes.

Here is a glimpse of key similarities:

Differences Between ASA and ABS Materials:

ASA filaments are quite resistant to moisture compared to those traditional ABS filaments. This characteristic enhances the ability to protect the parts from severe weather conditions.

ASA filaments are resistant to high temperatures making them useful for applications such as heat-stressed components that require good heat resistance. On the contrary, a high printing temperature is needed by ASA to process which means increased energy requirement compared to ABS filaments, further increasing the operational costs.

ASA material is quite expensive compared to the other filaments available for FFF 3D printing. ABS is one of the most cost-effective filaments available. Moreover, ASA being new in the market, its availability is low which further increases its price, making ABS a better option. However, in the case of industrial and professional use, the benefit of UV resistance overcomes the disadvantage of high ASA cost.

Here is a glimpse of the key differences:

TIPS TO GET THE BEST PRINTS WITH ASA FILAMENT

Want to get rid of 3D printing issues such as shrinking, poor bed adhesion, and warping? Follow these tips to reduce the chances of these common issues:

To obtain zero warping issues, carefully evaluate the printer and get the first layer right. Level your print bed precisely to maintain a proper distance between your printer’s hot end and its bed.

ASA needs a high temperature to abstain from cracking. This is when a hotbed plays a vital role. When using ASA filament for printing keep the hotbed within the temperature range of 80 to 100 ºC. Also do ensure to use a stick glue or lacquer for 3D printing to enhance the adhesion. You can add a layer of Kapton tape on the top of your printer’s heated bed to add about 0.1mm of thickness to the print bed.

As ASA requires higher temperature, the parts are prone to overheating affecting the print quality. The melting temperature of ASA ranges from 250 to 260 ºC. Thus, adjust the printer’s hot end to maintain its temperature.

4. Set the right speed of the cooling fan

As mentioned above lowering the temperature is one option, the other is enabling the part cooling fan of the 3D printer to run at low speed.

TIPS TO GET THE BEST PRINTS WITH ABS FILAMENT

Get rid of issues like warping and fumes by following the below-mentioned tips when using ABS for 3D printing:

When the plastic cools down to room temperature from its extrusion temperature, the plastic shrinks, and contracts. The change in size leads to the separation of a part from the bed, demolishing the print. But when the build surface area is heated at 110º C, the chances of warping reduce as the build platform transfers some of the heat to the first few layers of the part, avoiding the risk of shrinking and separating from the bed.

You face issues when you print thin delicate parts or large parts. These parts do not adhere to the print bed properly leading to warping. Hence, the use of brims creates an extra surface area that holds the edges of the part whereas rafts print a completely new plastic structure underneath your print, which can be taken off once the print is complete.

3.   Ensure to have a well-ventilated area when printing

A strong odor with fumes is produced when printing with ABS. Inhaling the same in huge quantities can be potentially harmful. Nowadays, 3D printers have a separate air-filtration system or HEPA to deal with the fumes. But if you have an older version, you should avoid confined places and keep the printer in a well-ventilated area, open a window or use a flexible air duct.

Ensure that the 3D printer is either enclosed or the room temperature is not cold, as ABS is quite sensitive to extreme temperature changes.

ABS is a hygroscopic material (absorbs water) and needs special care during storage. You need to store it in a dry container when not in use or else moist filament will be difficult to use.

After comparing both ASA and ABS 3D printing materials, it can be concluded that both have their share of benefits. ASA has high-temperature resistance, high-impact resistance, opposes harsh weather conditions, and superior resistance to UV rays. On the other hand, ABS is sturdy, accessible, and has high impact resistance. When compared on the pricing point, ASA is quite expensive as compared to ABS. Secondly, you need to check the use of your material. If you are looking for a 3D print prototype or the application has indoor use, ABS works well. On the other hand, if you are looking for a functional prototype or the use of the application is in an open environment, then due to UV stability, ASA works well. Hence, one should look into the material specifications of both ASA and ABS to choose the right 3D printing material. 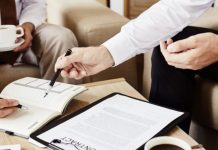 Management Software Can Help You to Grow Your Business 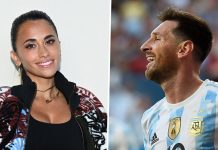 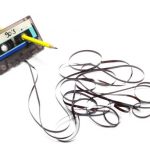 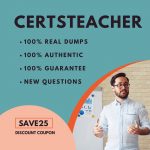 How to update maps on tomtom gps for free