Federal prosecutors charged a dual U.S.-Russian citizen Tuesday with illegally acting as an agent of the Russian government in the United States.

In a criminal complaint unsealed in federal court in New York, the Justice Department said Elena Branson, also known as Elena Chernykh, had worked as an illegal Russian agent “to spread Russia interests, including through the lobbying of U.S. Government officials in favor of Russian policy positions” for almost a decade.

NBC News has reached out to the Russian consulate in New York for comment.

One of the officials Branson allegedly communicated directly with was then-Russian Prime Minister Vladimir Putin, asking him for “administrative support” so she could host events at the consulate in New York and the embassy in Washington, D.C., the filing said.

It alleged one of the ways she tried to spread Russian interests was by coordinating an effort to reach out to then-presidential candidate Donald Trump in April of 2016 to attend an annual event known as Russia Forum New York; or if he couldn’t make it, to have one of his adult children attend.

“There is no indication that the now-former President or his children attended the referenced meeting,” the filing said.

Branson, 61, also allegedly tried to get Trump to attend the 2016 World Chess Championship, which was being held at New York’s South Street Seaport. Prosecutors said she emailed a Trump adviser on Nov. 10, 2016, asking that the then-president elect attend the event. The FBI said in the court filing it publicly released photos from the event to show it was attended by Dmitry Peskov, who is now Putin’s press secretary. There is no indication that Trump attended.

Branson, who was born in the Soviet Union before moving to the U.S. in 1991, became an American citizen in 1999, according to the court filing. She set up an organization called Russian Center New York with the help of the Russian government, and allegedly told a high level member of a Moscow-based think tank that the center’s “goals were to ‘fight against’ anti-Russian sentiment in the United States,” the filing said.

Branson was involved in multiple efforts to engage with New York state senators and New York City officials, the filing said, and also allegedly lobbied Hawaiian officials not to change the Russian name of a fort in Kauai.

The FBI said in the court filing that she communicated with Russian government officials on multiple occasions, including diplomats in the U.S., and also “participated in a scheme to submit to the U.S. Department of State information in support of visa applications for Russian officials and their associates” that she knew “contained materially false and fraudulent statements.”

The FBI interviewed Branson and searched her residence in September of 2020, according to the court filing, which said agents found 34 electronic devices, including 11 cellphones.

Prosecutors said Branson returned to Moscow a month later, has not returned to the U.S. and remains at large.

Prosecutors also said Branson sat for an interview on Russian television in October of last year with Maria Butina, who was convicted in 2018 of acting as an unregistered agent of a foreign government in a case developed by then-Special Counsel Robert Mueller.

Branson told Butina that she left the U.S. after the FBI interview because she thought the “probability was very high” that she would be arrested if she stayed, according to the court filing.

Court documents show Butina tried to ingratiate herself with the NRA and also took part in outreach to the Trump campaign. She was deported after serving her prison sentence, and was elected to the Duma — the Russian assembly — last year.

The Importance of Solar Panels CT

Get the Best Solar Power in Connecticut from Solar Installers CT

The Importance of Solar Panels CT

AbdulRehman2003 - January 26, 2023 0
Solar Panels CT are becoming increasingly popular in the modern world, and with good reason. They provide an affordable and sustainable source of energy... 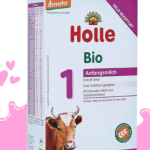 micthellluous - January 26, 2023 0
The Holle formula Canada is a popular product that has been around for a while and is still being used today. It contains many essential nutrients...

Get the Best Solar Power in Connecticut from Solar Installers CT

AbdulRehman2003 - January 26, 2023 0
Are you looking to power your home with clean, renewable solar energy? Look no further than Solar Installers CT! With years of experience in...

Rodrigo’s daughter Sara was sworn in as the Vice President of...