WIMBLEDON, England — Stefanos Tsitsipas labeled Nick Kyrgios as a “bully” after he was beaten by the Australian in a volatile “circus” of a third-round match at Wimbledon on Saturday.

Kyrgios won 6-7 (2), 6-4, 6-3, 7-6 (7) to reach the fourth round at the All England Club for the first time since 2016, but not without three code violations being issued during the match — one on Kyrgios for an audible obscenity and two on Tsitsipas for ball abuse, earning a point penalty.

After the match, the fourth-seeded Tsitsipas said Kyrgios has “an evil side” and must have been “a bully at school” for the way he behaved throughout the match.

“It’s constant bullying; that’s what he does,” Tsitsipas said. “He bullies the opponents. He was probably a bully at school himself. I don’t like bullies. I don’t like people that put other people down.

“He has some good traits in his character as well, but … he also has a very evil side to him, which if it’s exposed, it can really do a lot of harm and bad to the people around him.”

Responded Kyrgios: “To come in here and say I bullied him, that’s just soft. We’re not cut from the same cloth. I go up against guys who are true competitors. If he’s affected by that today, then that’s what’s holding him back, because someone can just do that and that’s going to throw him off his game like that. I just think it’s soft.”

Much of the drama surrounded an incident at the end of the second set, when Tsitsipas flicked a ball into the corner stands, narrowly missing a spectator.

Kyrgios immediately argued with the umpire, saying Tsitsipas should be defaulted, adding that if he had done it, he would have been thrown out. He then demanded to see a supervisor, but was unhappy with chair umpire Damien Dumusois’ response of a warning.

“What are you talking about, bro?” Kyrgios asked Dumusois. “Bring out more supervisors. I’m not done. Bring ’em all out. I don’t care. … I’m not playing until we get to the bottom of this.”

Tsitsipas later apologized for hitting the ball into the corner.

“Look, I have to say it was really bad from my side,” he said. “I have never done that before, throwing the ball outside the court in that way. I did apologize to the people. I don’t know what went through my head at that time.

“I think, with all the circus show going on the other side of the net, it started to become very tiring in a way. That happened. I didn’t hit any people. It did hit the wall, thank God. For sure I’m never doing that again. It’s my responsibility, for sure. But there was also something that created that behavior that I’m not used to see myself.”

Kyrgios’ issues with the chair umpire began in the first set, when he was disturbed by a reversed call by a line judge and wanted that official removed, which didn’t happen.

More antics came from both players throughout. From underarm serves hit by Kyrgios — including one between his legs — to three shots purposely smacked right at him by Tsitsipas.

Kyrgios said after the match that he had done nothing wrong.

“I don’t know what to say,” Kyrgios said. “I’m not sure how I bullied him. He was the one hitting balls at me. He was the one that hit a spectator. He was the one that smacked it out of the stadium. I didn’t do anything. … Apart from me just going back and forth to the umpire for a bit, I did nothing towards Stefanos today that was disrespectful, I don’t think. I was not drilling him with balls.”

The Greek star did admit to trying to hit Kyrgios a few times, but he said he thought there should be some sort of rule in place to stop players behaving the way the Australian does at times.

“Every single point that I played today I feel like there was something going on the other side of the net,” Tsitsipas said. “I’m trying not to be distracted by that, because I know it might be intentional, because for sure he can play other way. And that’s his way of manipulating the opponent and making you feel distracted, in a way.

“He’s very different. That’s not a bad thing,” Tsitsipas said of Kyrgios, adding that the Australian star is good for the sport, in some ways. “But I don’t think there has been a single match I have played with him that he was behaving that way. There comes a point where you really get tired of it, let’s say.

“The constant talking. The constant complaining. I mean, I’m about to serve, and there is a big gap there that there is no tennis being played, which is the most important thing in the court. We are there to play tennis. We are not there to have conversations and dialogues with other people … especially when you really know that the referee is not going to overrule what he decided, you know.”

Kyrgios will play American Brandon Nakashima in the fourth round.

The Associated Press contributed to this report.

Rafael Nadal, halfway to a calendar-year Grand Slam, advanced to the fourth round at Wimbledon with a 6-1, 6-2, 6-4 victory over 27th-seeded Lorenzo Sonego on Saturday.

“It’s been my best match at the championship so far, against the most difficult player I’ve faced at this level,” Nadal told the crowd after the match. “I wish him all the best for the rest of the season. He has a great future here.”

A few points after Nadal visited the umpire following an incredible shot by Sonego, Nadal called him to the net after he was broken on serve to make it 4-4 in the third set, though it was unclear why.

The two exchanged words. And then exchanged further words after Nadal served out the match. The two then took the discussion to the locker room.

“First of all. I have to say I was wrong. I should not call him on the net,” Nadal said after the match. “So I apologize for that. My mistake. After that, there are other things during the match I do not what to comment as we have talked in the locker room.

“… There was one thing that was bothering me that he was doing in that moment. There are so called codes between players. We had some issues there, but that’s it.”

Nadal, who has won the Australian Open and French Open this year, won the title at the All England Club in 2008 and 2010.

The 36-year-old star next plays 21st-seeded Botic van de Zandschulp of the Netherlands for a spot in the quarterfinals.

Taylor Fritz of the United States advanced to the fourth round for the first time after a straight-sets victory over Alex Molcan.

A total of four American men are into the round of 16 at the All England Club for the first time since 1999 after victories Saturday by Fritz and unseeded Brandon Nakashima. They join No. 23 Frances Tiafoe and No. 30 Tommy Paul, who advanced a day earlier.

Nakashima will next face Australian Nick Kyrgios, who beat fourth-seeded Stefanos Tsitsipas 6-7 (2), 6-4, 6-3, 7-6 (7) in a wild third-round match where both players received code violations.

American Jenson Brooksby, the No. 29 seed, will not be joining his compatriots in the next round, however, as he fell to Chile’s Cristian Garin, who reached the fourth round for the second straight year with a 6-2, 6-3, 1-6, 6-4 victory.

Garin, 26, will next face 19th-seeded Alex de Minaur, who ousted British wild-card entry Liam Broady for a place in the quarterfinals.

Garin, who is ranked 43rd, said he appreciated the chants from compatriots in the stands at No. 3 Court. “When I hear that, I know that the Chileans are [here] somewhere, so that’s good,” Garin said.

Brooksby, 24, was making his Wimbledon debut.

ESPN’s Tom Hamilton and The Associated Press contributed to this report. 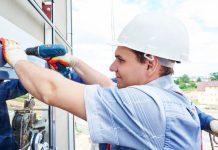 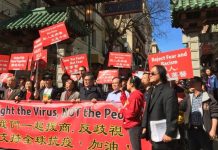 This problem is evident because a large amount of electricity

davidrussel004 - January 21, 2023 0
Introduction Human beings are the most resilient and restless creatures present on planet Earth. They frequently need to move and perform day to day functions,...

Samsung is most extensively recognized for its patron electronics

davidrussel004 - January 21, 2023 0
Let us help you purchase your subsequent Refrigerator from Best Electronics in Bangladesh at a very nice price. Check our massive series of Refrigerators...

davidrussel004 - January 21, 2023 0
Since the send off of White Citi – an undertaking created on the cutting edge standards of town arranging – financial backers and purchasers...